Win free pass to your idol's concert or favorite movies!

Movie tickets are given away in competitions for every major movie launch. The cinemas or movie produces are often given out a few dozen double passes for a new Hollywood movie. When you join these you may get a chance not just for a free ticket but you can also be among the first to watch a new release well before everybody else. Sometimes there are also tickets to VIP movie events. In this case the prize may not only include the free cinema pass but also access to some experience where you meet the stars featuring in the movie. Some giveaways also include merchandise, especially for competitions for Hollywood kids' movies.

Similar to the cinema ticket competitions at first launch of a movie there are often giveaways of free DVDs when the film is released for sales and rental. You can win your favourite movie on DVD or Blu-Ray in the competitions we list here. Often magazines run this competitons but they are usually sponsored by the company publishing the movie. Complete TV series can also be won on DVD and Blue-Ray. With these prizes you can get your favourite TV program and watch it again and again when you in the mood.

Australian concert ticket competitions are also listed here. You may get a chance to get free passes for Bon Jovi, Justin Bieber or Rod Stewart live in concert when they come to Australia. Most of the time these ticket giveaways cover all Australian cities where they are performing. So often one competition may e.g. give out free concert tickets in Sydney or Melbourne, free double passes in Adelaide or Perth and a VIP backstage experience in Brisbane.

However, there are many ways to enter the competition on this page. Each organizer of the competition have different requirements. Some use a randomized system so you only need to fill out the online forms provided as easy as when you enter competitions in supermarkets. However, there are also organizers that require competition participants to fill out surveys to be able to participate in the competition, some of them also requiring reposting a post on social media like Facebook, Twitter or Instagram, or even requiring the purchase of a particular product. You are expected to be more careful and pay close attention to any competition requirements you follow to avoid fraud and increase your chances to win. 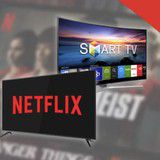 Win A Smart TV + Free Netflix Subscription For A Year