To be in the running, all you have to do is fill in the form, and answer a simple trivia question about Venom. 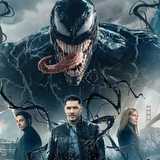 Win a Venom prize pack is a competition by CBS Interactive and has a prize pool of $1,500 for 10 prizes. The prize pool is ok but they could do better next time. I does not cost anything to participate. Upon investigating one of Drake’s experiments, the alien Venom merges with Eddie’s body, and he suddenly has incredible new superpowers, as well as the chance to do just about whatever he wants. Venom prize pack valued at $150, including: Double pass to Venom, Venom-themed phone lens set, Venom-themed phone wallet, Venom water bottle, Venom key chain, Venom drawstring bag.
Our rating 2.5 of 5.0    ©AussieContests, 2018-09-28