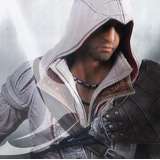 Win Assassin's Creed: Animus Ezio Statue is a competition by Pure Arts and has a prize pool of $1,089 for 1 prize. The prize pool is ok but they could do better next time. As expected participation is free. This competition offers big prize pool. Standing 27.5 inches tall, the Florentine noble, also known as the mentor of the Italian Brotherhood of Assassins and ancestor of Desmond Miles and Clay Kaczmarek, is represented in front of the emblematic Rose Window of Notre-Dame de Paris. A hidden LED system enhances the incredible effect to the 24 petals of light, transforming the Lady of the Rose in Animus at the same time as Ezio himself. Overall, the competition is quite good to try because the competitor outside maybe not too much.
Our rating 2.5 of 5.0    ©AussieContests, 2019-11-14

You may also be interested in this:
Terms and conditions of the competition "Win Assassin's Creed: Animus Ezio Statue "
according to the competition's organizers.1). Contest ends February 29, 2020 at 11:59pm EST. The contest is open to everyone worldwide and the winner will be shipped (1) Animus Ezio statue once production is complete around March-April 2020. 2). Winner must confirm his/her shipping address, email, and phone number in order to receive the free prize within 5 days of being emailed. If we do not hear back within 5 days, the winner forfeits his/her prize and a new winner will be selected.
© Copyright with the competition's organizers
Terms & Privacy Policy
Contact us
Get a competition listed
Sitemap
Search
About us
CATEGORIES
Activities
Books & Magazines
Cars
Clothes
Cosmetics & Jewellery
Electronics
Food & Drink
For Kids
Holidays
House & Home
Money
Movies & Music
Vouchers & Gift Cards