Get a chance to win Samsung Galaxy S10! Only need to register on the contest page. How to join this contest is very easy. All you need is to visit the contest page, enter your contact detail including your first and last name, email, and your home address as a validation. In the contest you need to answer some questions and surveys, it does not take much time. Winners will be informed within a few weeks after the closing date and you need to be over eighteen to qualify. You can also take part in other contests on this website and you can get a chance to win even more prizes! 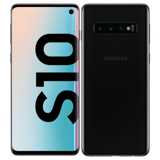 Win a Samsung Galaxy S10 is a competition by Samsung Giveaway and has a prize pool of $1,500 for 1 prize. Overall nice $ value of the prize. Entry to this competition is entirely free. Awesome chance to be one of the first to get your hands on the Samsung flagship phone Galaxy S10. We love the curve design and amazing camera of this gadget. It's easy to join this contest, especially there is no cost to join this contest! Come and join, you might be the lucky winner!
Our rating 2.5 of 5.0    ©AussieContests, 2019-12-20

Take a photo, video, and even play some games, all you can do with this new smartphone. (Image Courtesy of Unsplash)

You may also be interested in this:
Terms and conditions of the competition "Win a Samsung Galaxy S10"
according to the competition's organizers. Contest Terms & Conditions 1. Agreement: These rules govern the xlWin $1,000 or other promotion (Contest). No purchase is necessary to enter the Contest. The act of entering the Contest constitutes acceptance of the Contest rules and the decisions of the Contest judges, which decisions shall be final and binding upon all entrants. 2. Promoter: The Contest sponsor and promoter is xlWin (Promoter). 3. Eligibility: This Contest is open to all residents of countries where the Promoter operates a competition website including Australia, who are 18 years or older, except for employees, their immediate families and anyone living with any employee of the Promoter or its or their corporate affiliates, advertising or promotional agencies. Entrants must enter the Contest on or before December 31st, 2020 to be eligible. Only online entries will be accepted. 4. Contest: To enter the Contest, access the Contest webpage, read these Contest rules, and follow the instructions to enter during the Contest period. A valid email address will be required. This is a game of skill in which chance plays no part in determining the winner. After registration on the Contest webpage participants will either (i) be asked a motivating question on the actual contest site, or (ii) in the absence of this they need to send their answer, in 25 words or less, to the question what is the best freebie you could imagine? to [email protected] The Contest begins on January 1st, 2020 at 12:01 a.m. and ends on December 31st, 2020 at 11:59 p.m.(the Contest Period). A jury will decide on the best answer based on the entries wit, originality, and creativity within two weeks after the Contest Period. The winner will be contacted by email. If a potential winner cannot be contacted within this time period or fails to respond to any attempted contact, such potential winner will be disqualified, his/her entry will be declared null and void and the Promoter reserves the right, in its sole and absolute discretion, to select another eligible entry, in which event these provisions shall apply to such other eligible entry. 5. Prizes: As featured on the promotion website the Contest is either a Single-Prize contest where one winner receives the one prize as featured or a Multi-Prize Contest where up to 50 winners will each receive a prize as featured according to sections 5.a) or 5.b). a) Single-Prize Contest: One (1) winner will receive the promotional Contest prize as featured on the Contest website not exceeding the value of $5000 or $1000 in cash for a resident of Australia. b) Multi-Prize Contest: A number of winners as featured on the contest website up to fifty (50) winners will receive the promotional Contest prize. Each prize is as featured on the Contest website not exceeding the value of $100 each or $20 in cash for a resident of Australia with a total prize pool not exciding $5000. The winner will receive their prize by mail, PayPal or bank wire. The winner is responsible for any tax or duties in relation to the prize unless the law specifies this to be the Promoters responsibility. 6. Banning: The Promoter may, in its sole discretion, prohibit any person from entering the Contest whom it believes to be abusing the rules. Such abuse includes entering false information and entering more than once with different information. 7. Other: The Promoter reserves the right to cancel or modify the Contest or the Contest rules at any time without notice
© Copyright with Samsung Giveaway
show ads
Terms & Privacy Policy
Contact us
Get a competition listed
Sitemap
Search
About us and credits
CATEGORIES
Books & Media
Cars
Clothes
Cosmetics & Jewellery
Electronics
Food & Drink
For Kids
Holidays & Activities
House & Home
Money
Vouchers & Gift Cards