To enter visit the site in fill out the quick form, for more entries follow the steps on the website. Winner drawn at random Monday 8th June. iPad will be shipped anywhere in Australia. 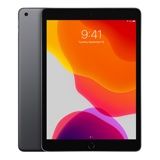 Win an iPad 7th Gen 32GB is a competition by Achieve Business Dynamics and has a prize pool of $529 for 1 prize. Next time a higher prize pool to make their promotion more exciting hopefully. You can join this comp for free. Who doesn't want to get an iPad 7th Gen 32GB for free right. Espescially this series is Apple’s most affordable slate, and it’s still plenty functional — but slimming down the bezels around the screen even a little would have helped make it look more contemporary. It's worth to try!
Our rating 2 of 5.0    ©AussieContests, 2020-05-10

You may also be interested in this:
Terms and conditions of the competition "Win an iPad 7th Gen 32GB "
according to the competition's organizers. This contest open for Australian wide residents (18).
© Copyright with Achieve Business Dynamics
no ads
Terms & Privacy Policy
Contact us
Get a competition listed
Sitemap
Search
About us and credits
CATEGORIES
Books & Media
Cars
Clothes
Cosmetics & Jewellery
Electronics
Food & Drink
For Kids
Holidays & Activities
House & Home
Money
Vouchers & Gift Cards